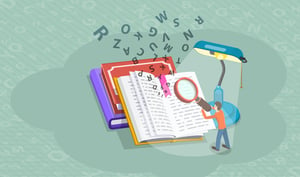 Has your quest for information on regenerative and restorative treatment modalities and innovative technologies led you to explore Extracorporeal Pulse Activation Technology (EPAT) also known as shock wave? Many healthcare professionals have questions about this evidence-based technology and what it can offer their patients and practice.

Delve into the basics with this quick glossary of useful terms and acronyms, including:

More Detail: When shock waves are used in medicine, they have been historically referred to as Extracorporeal Shock Wave Treatment (ESWT). However, we have found the need to differentiate and refer to our product and technology offerings as Extracorporeal Pulse Activation Technology/Treatment or (EPAT®) a proprietary mark that is arguably more patient friendly and encompasses our full product and technology platform portfolio of Focused Shock Wave (F-SW), Radial Pressure Wave (R-PW) and Planar Shock Wave (P-SW) systems powered by STORZ Medical.

Both terms can be used to describe these evidence-based, evidence-guided technology platforms being used to treat a broad range of musculoskeletal disorders and conditions that affect muscles, tendons, ligaments, fascia, bones, joints and other vascular structures.

What are Focused Shock Waves (F-SW)?

Basic Definition: A unique set of acoustic pressure waves that has an initial, abrupt positive high pressure followed by a small negative pressure.

More Detail: The positive pressure causes sudden, dramatic changes in stress, density and temperature as it directly transfers energy to the treatment area. Because focused shock waves feature a smaller focal zone than other shock waves, this technology can be used for precise targeting of deeper tissue. Focused shock waves are often beneficial for soft tissue, bone and vascular structures.

What are Radial Pressure Waves (R-PW)?

Basic Definition: A set of acoustic pressure waves characterized by an oscillating pressure gradient with a much smaller amplitude and much longer duration than focused shock waves.

More Detail: While also known as radial shock wave treatment or therapy (R-SW, RSWT or rESWT), this technology is an acoustic pressure wave, however, not a true shock wave. Radial pressure waves lack the explosive, non-linear qualities of focused shock waves. This makes them most effective on larger, more superficial treatment areas (up to 50 mm). Interestingly, despite differences in physical characteristics and application, both focused shock waves and radial pressure waves deliver beneficial outcomes. In fact, anecdotal data suggests that combining shock and pressure wave treatments can deliver complementary results.

What are Planar Shock Waves (P-SW)?

Basic Definition: A unique type of focused wave that combines features of both focused shock waves and radial pressure waves.

More Detail: Planar shock waves, also referred to as defocused shock waves, propagate similarly to radial pressure waves and have been shown to be as clinically effective as focused shock waves. They are often used in the treatment of trigger points, wound healing and aesthetic indications.

Would you like to explore how this evidence-based technology has consistently proven to be a safe and highly effective modality for treating a broad range of musculoskeletal disorders and conditions? Don’t miss the complete What is Shock Wave? The Technology, The Treatment & How it Fits Into Your Medical Practice white paper, available for immediate download.

Subscribe to Our Newsletter
Timely tips and valuable insights for better clinical and economic outcomes for your practice
Connect With Us
Corporate Headquarters
40 Albion Road
Lincoln, RI 02865
877.699.8399
©2019 CuraMedix. All rights reserved  | Disclaimer